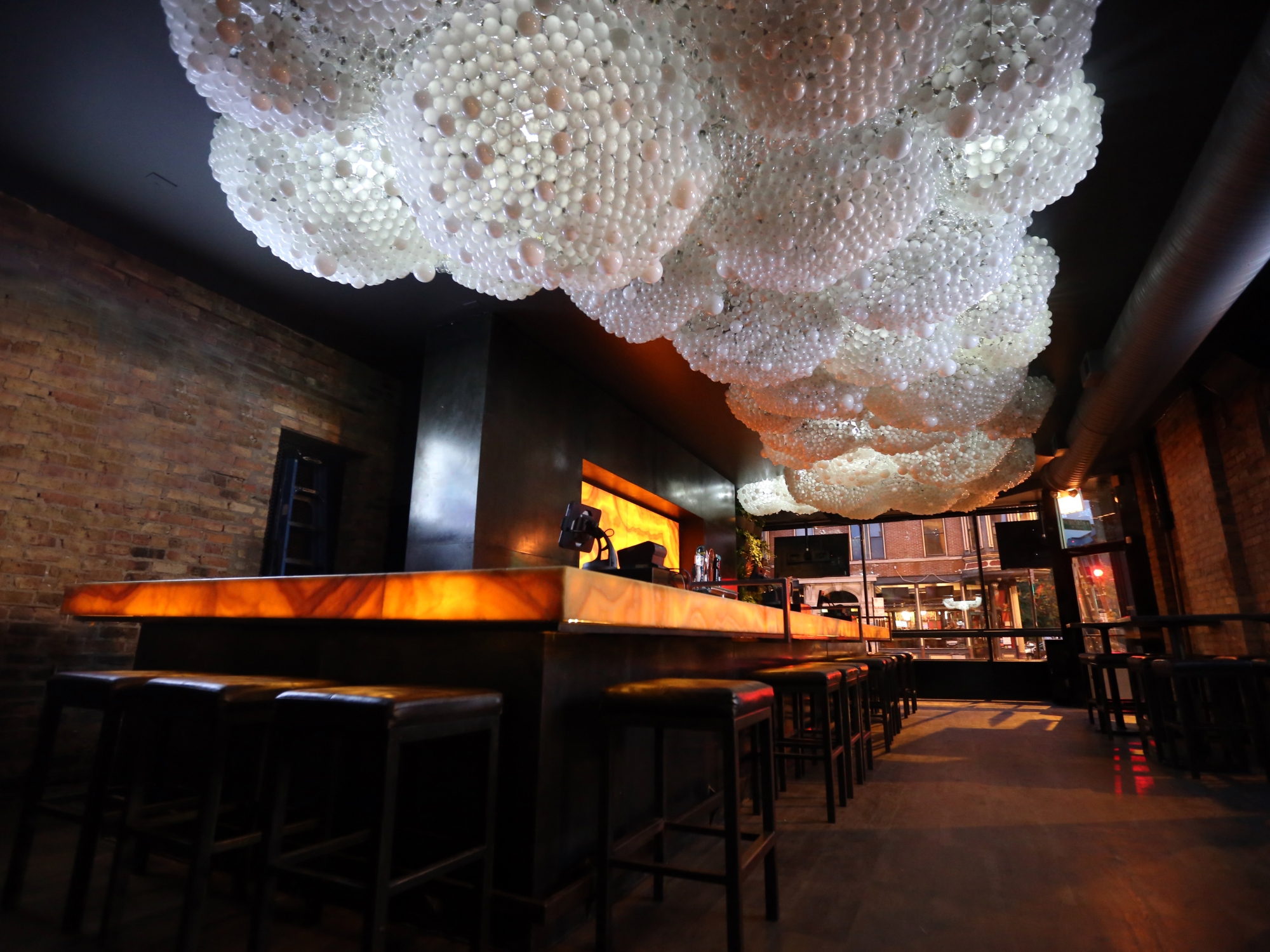 CLOUD CEILING is an interactive installation created by Canadian artists Wayne Garrett & Caitlind r.c. Brown (Calgary). Constructed from hand-bent steel, reflective mylar, electronics, motion sensors, LEDs, and 15,000 re-appropriated incandescent light bulbs, the piece is an permanent installation designed specifically for Progress Bar in Chicago. As bar patrons pass beneath the installation, they trip motion sensors within the CLOUD, creating “lightning” beneath the cumulous surface of light bulbs, mapping their progress through the space and the social “electricity” between people. 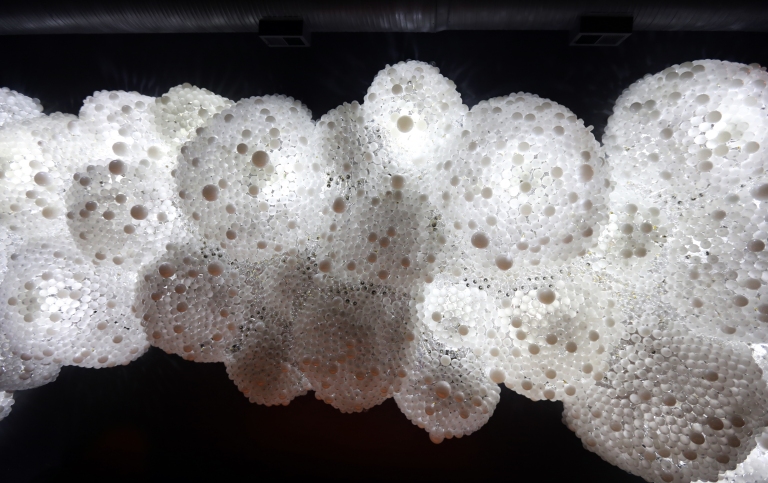 Progress Bar is located in the heart of Boystown, a strip in Chicago rumoured to be the third largest gay community in the United States. CLOUD CEILING creates a glowing electric heartbeat for Boystown, visible throughout the neighbourhood through the window of Progress Bar. 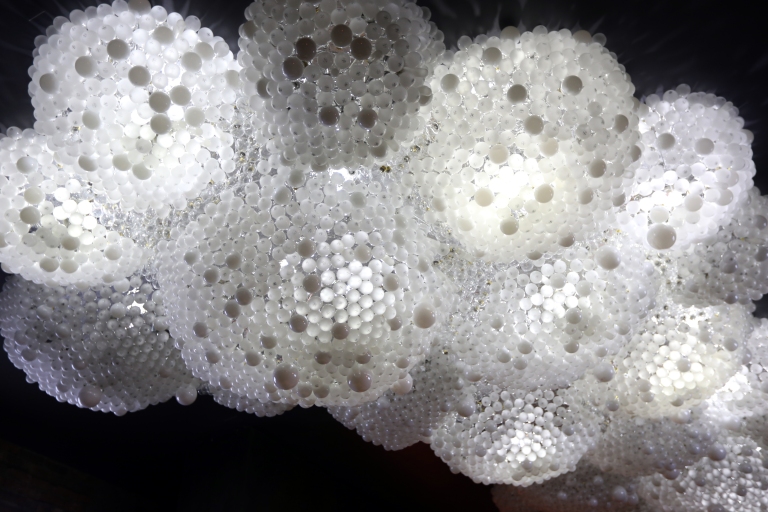 CLOUD CEILING is the third evolution in the CLOUD series initiated at Nuit Blanche in Calgary, Alberta, Canada. We created the Progress Bar iteration as a resilient interactive system that would allow CLOUD to subtly engage an entire room of people in a mysterious and brilliant way.

Unlike previous CLOUDs, CLOUD CEILING is a permanent fixture. The installation was constructed with safety, resiliency, and longevity in mind. By comparison, the original rendition of CLOUD was only on public view for 6 hours before tear-down, and audiences could interact with it physically to create flickering on the CLOUD’s surface.

A second miniature CLOUD was created in the far room of Progress Bar, designed to tie the bar together into one cohesive vision.

We owe an incredible debt of gratitude to the amazing team of Progress Bar folks who assisted us in building CLOUD CEILING – and kept us sane and entertained throughout the process. A million thank yous to David Sikora, Nic, Mario, Kyle, Josue, Erik, Ryan, Dexter, Chris, Philly, Ben, Kevin, Tara, Donna, Manny, Alex, Rob, and all the other awesome folks who helped build this beast. We couldn’t have done this impossible project without you. 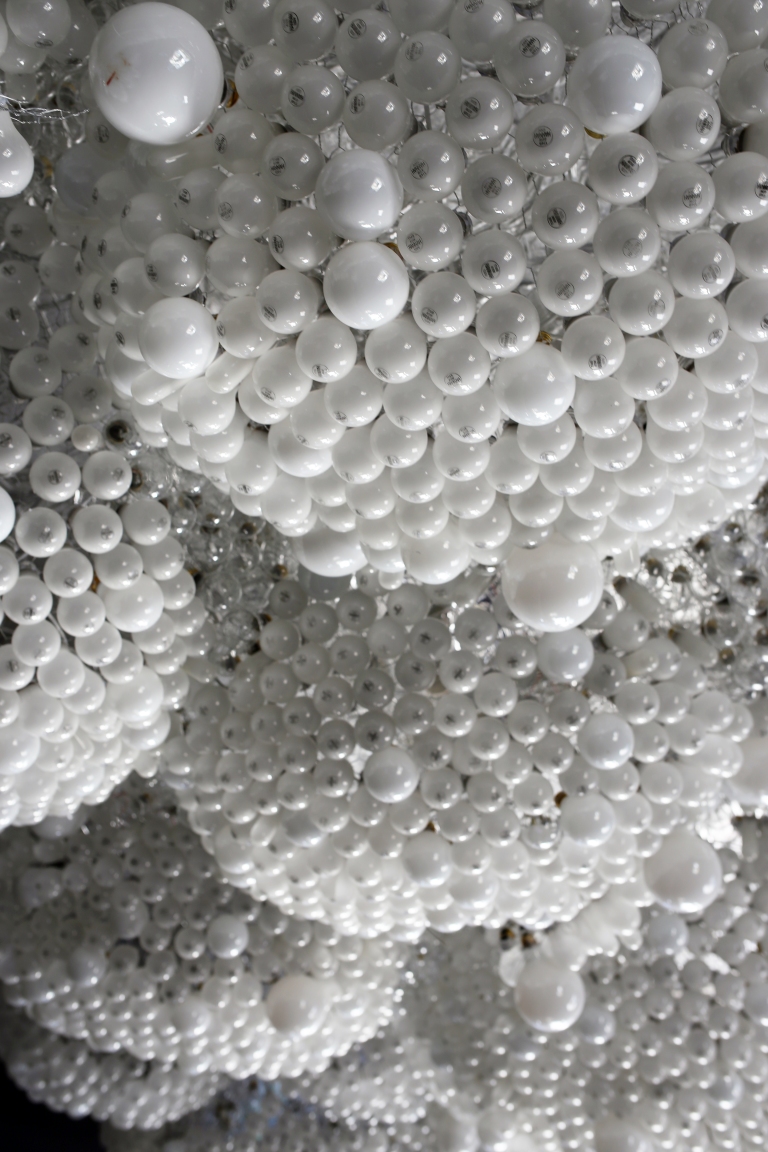