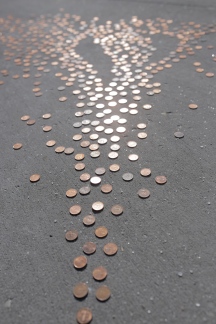 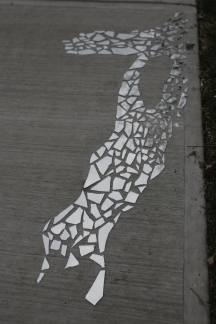 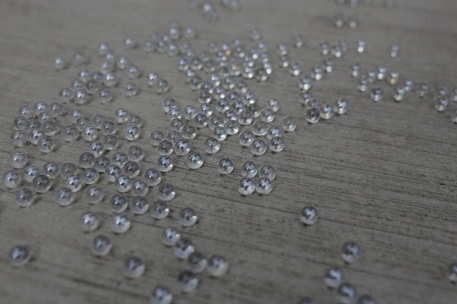 Above: material experiments for a new glittering public artwork.

For two years, we’ve been quietly working on our first ‘permanent’ public artwork in Calgary. We have a separate blog called Delta Garden + The City Unseen where you can read about the project (or you can visit this summary blog), but we want to share an overview of our adventures with the readers who have followed this blog since CLOUD was born in 2012, (5 years ago this month) along with our new readers.

Above: a research trip to the Calgary Recycling Facility

When does an artist become interested in making work for public space? What impetus motivates our belief in shared experiences and shared moments of beauty + disillusioning? How do our common materials (including our garbage) reflect the essence of our communities? Where do these conversations fit into our complex cities where nature, culture, and people collide?

Our upcoming public artwork was commissioned for a new park currently under construction in Calgary called Delta Garden – a manicured green space on the South bank of the Peace Bridge on the Bow River pathway. The purpose of the park is multi-fold; part flood mitigation (to curb catastrophes like the 2013 flood in Calgary) and part civic development, the Delta Garden is part of a larger Capital Project revisiting a much-loved part of Calgary’s river path system.

Above: the Calatrava Peace Bridge in Calgary (from this angle, the Delta Garden site is on the far bank)

The development of our concept evolved through over a year of research and experimentation, ranging from investigating the material of cities, to exploring flow dynamics, to creating a series of domestic experiments. The benefit of working with Calgary Public Art is the potential to explore previously unimaginable sectors of the city, from the Calgary Sign Shop to the storage lot where retired streetlights go to die. We have immense gratitude to the river engineers, archaeologists, architects, contractors, fabricators, biologists, Parks staff, and City employees who have lent us their thoughts + insights since 2015. Working on this project has changed our world view… or, at very least, our city view. Despite the recent turmoil over Public Art in Calgary, we have never been so encouraged by the potentials of this place. 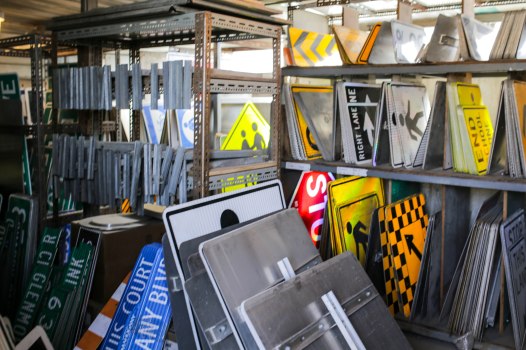 Beneath every city is a secret place, an invisible city that forms in technicolour waves as we move through it, as we experience it in person. There are thousands of different lives any one person could live here, thousands of potential ‘normals.’ All our perceptions of Calgary are stacked on top of each other like multiple-exposures, and the overlap between these images creates the city itself.

Insofar as this is true for cities, it is also true for nature inside the city. Water carves through the landscape in changing patterns, forming the land over centuries. In a city like Calgary – built on the floodplain – we endeavor to control the ravenous river, to contain her to a stationary path. But she wants to change and she is powerful, so change is inevitable. 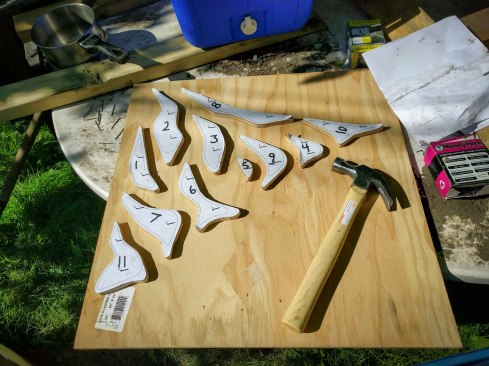 Above: building a maquette of Delta Garden for sediment testing and pattern development

There is an inverse relationship between how rivers map the landscape, meandering and powerful, and how people measure the land, in mathematical grids. Surveying is part of global exploration, map-making, and our shared spatial awareness. Technologies associated with surveying have changed significantly over time, but the essence remains the same. Surveying the landscape helps solidify space, establish ownership, divide resources, and create ‘permanent’ boundaries… 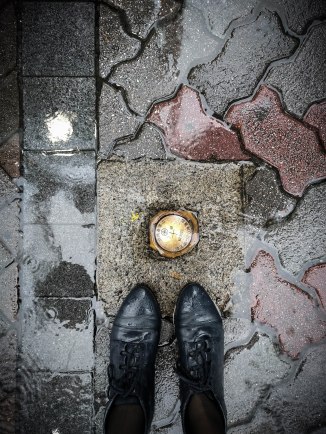 Above left: Caitlind’s Grampa surveying. Right: a survey monument embedded in the sidewalk.

… but what happens when the landscape itself is not solid? How can we talk about any space as being permanent when mountains rise and fall over millennia, when earthquakes shake holes in the earth, when landslides collapse hillsides, and when rivers flex across the land? During sharp natural events, our euclidean understandings of property, ownership, and spatial divisions are forcibly reexamined. Property lines are re-mapped, naturally and officially, and land is lost irretrievably to the shifting of terrain, to the roaring river.

How then do we rectify these concepts with the Delta Garden, a space designed for people to slow and mix on a busy public riverwalk? Created by O2 Design + Planning, the Delta Garden reflects a fictional delta amalgamated from natural references not occurring in the Bow River system. This is a mythical place.

In considering the disconnect between civilization’s regimented process of dividing landscapes (surveys), the land’s natural divisions (rivers), and the power of people’s perception to transform any given place, we arrived at survey monuments as a material for our new public artwork. Thousands of brass survey monuments will be embedded in the sidewalk of the Delta Garden, glittering like light across water. The patterning of the monuments will draw from flow dynamics, fictionalized within the mythical delta. We intend the resulting space to integrate holistically into the landscape architecture, while proposing new understandings of that particular place + space.

The text on the survey monuments is currently being sourced in a collaboration with the public. Intended to trace ‘desire lines’ through (and beyond) our city, we developed the Invisible City Survey in reference Italo Calvino’s book Invisible Cities. The Survey invites the community to participate while in places of transit (on the bike path, on the bus, on the train, in cars, etc) by answering two simple questions. Perhaps by collecting a diverse spectrum of perspectives, our own invisible city will be illuminated.

This project is too broad to share exclusively on this blog, so you can follow it on Invisible City Survey. In the meantime, if you live in Calgary, you can join us on the riverwalk over the coming weeks (our hours will be posted sporadically on our facebook page and our instagram).

If you’d like to participate from elsewhere, you’re invited to fill out the Invisible City Survey HERE. 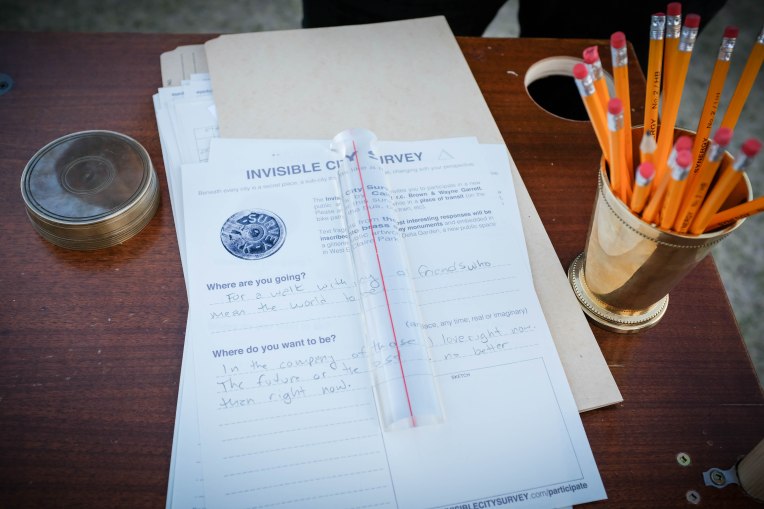