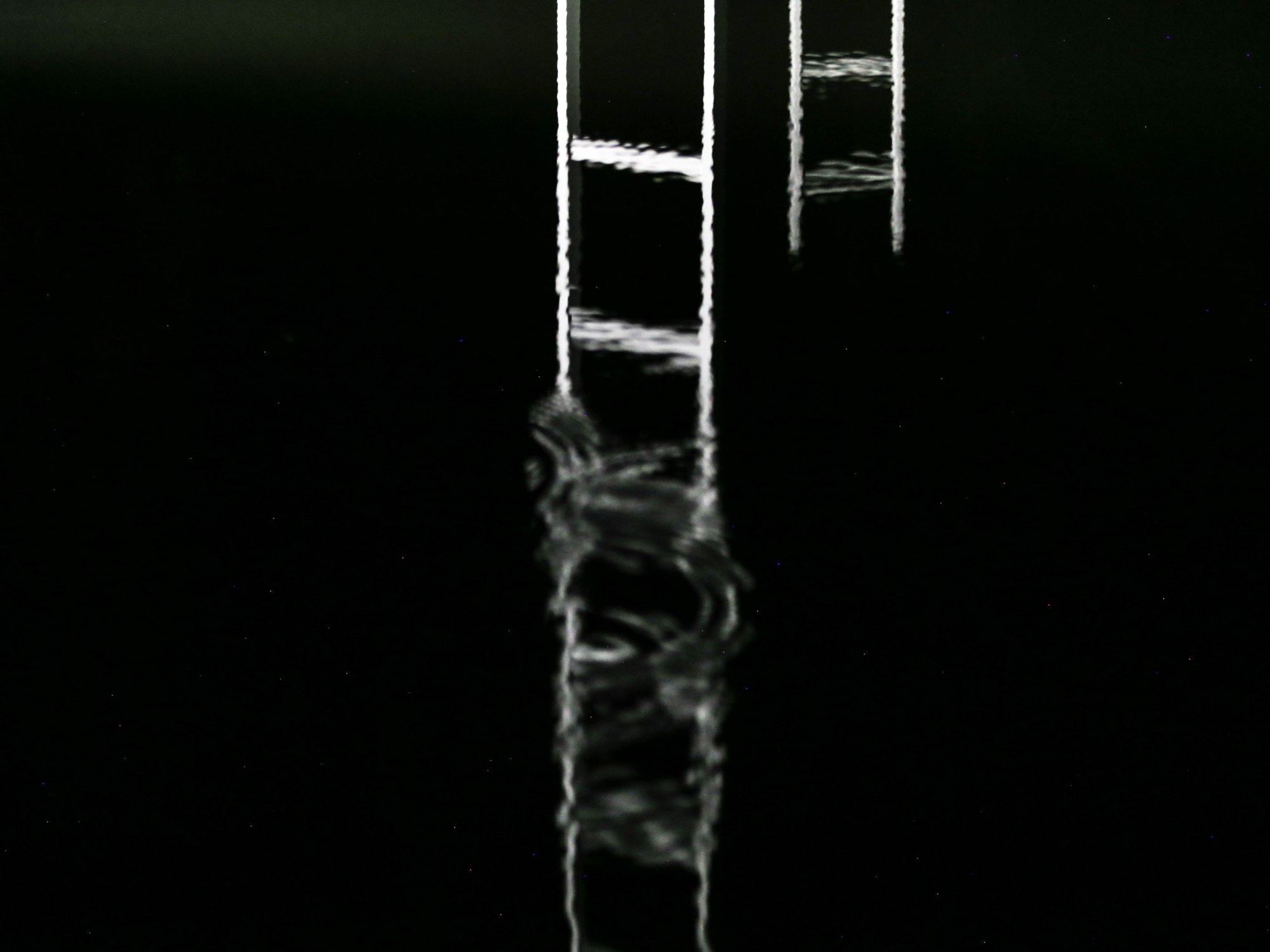 This year, we had the pleasure of spending February – April on a tour of Australia with CLOUD. While we were in Joondalup, a small city on the outskirts of Perth, we were invited to develop a new, site-specific piece for Joondalup Festival. Together with some local helpers, we built Equal/Opposite (elsewhere). 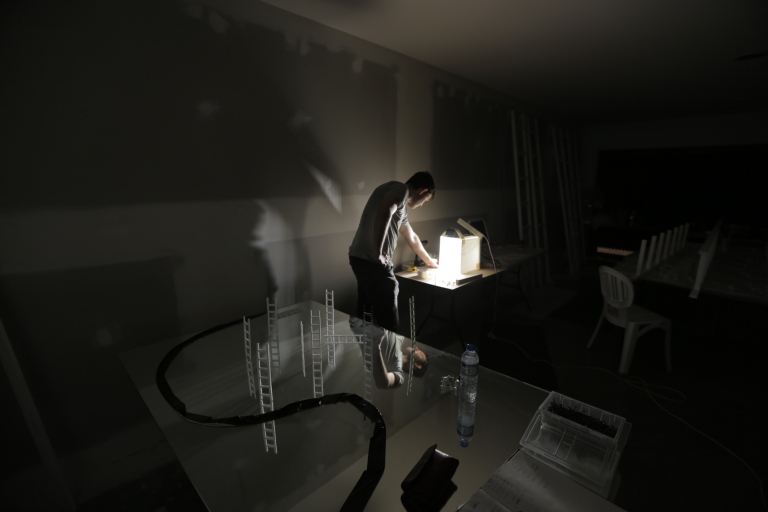 Equal/Opposite (Elsewhere) is a light installation using 12 white ladders and an analog projection machine to explore non-chronological time and non-linear space. Embedded into the reflective surface of a manmade pond in Joondalup’s Central Park, the installation plays off the darkness in a forgotten pocket of the park, using the contrast between black + white, dark + light, linear + rippling to animate “infinity” ladders in the surface of the water. 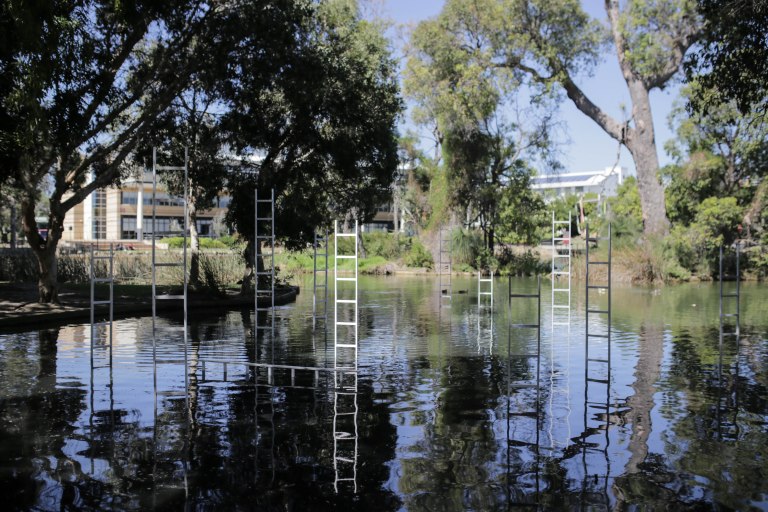 As they are illuminated, the ladders expand into the depths beneath them, implying movement up and down simultaneously, but going nowhere. The sweeping light of the projection machine, while rotating consistently like a clock, illuminates ladders out of sequence – not right to left, but seemingly at random, outside of time.

While ladders are built at human scale, they are out of reach from viewers on the bank. Removed from their intended utility, the installation uses ladders as a symbol for the desire to move, to climb, to reach, or (perhaps) to escape. But in a situation where up is down, all hypothetical movement is equal + opposite, cancelling itself out. Instead, viewers are invited to meditate on light and movement, one step removed from real space (elsewhere). 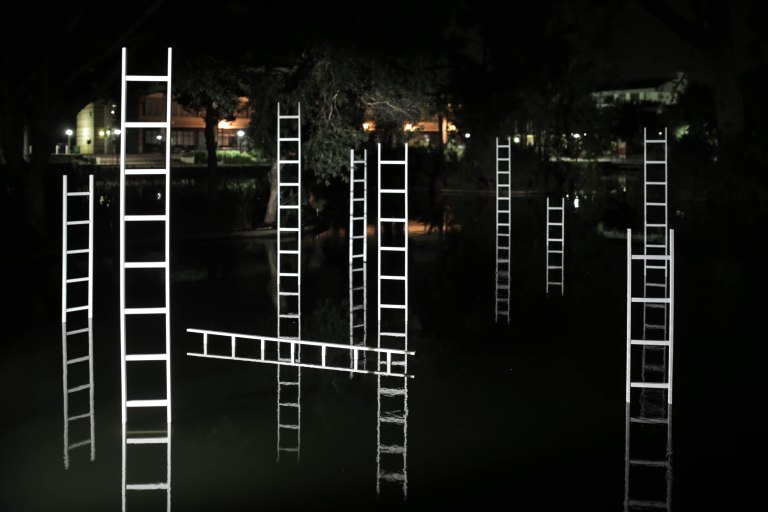 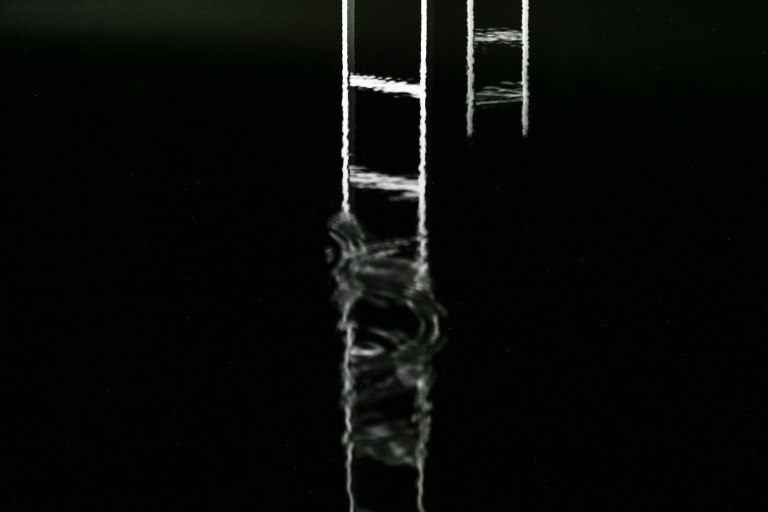 Designed during a 2-week Residency with Joondalup Festival, Equal/Opposite (elsewhere) is a site-specific artwork for the ponds of Central Park in Joondalup, Australia. The artwork was developed through a series of light experiments, community workshops, and on-site tests. Special thanks to Hillary’s Boat Harbour for temporary studio space, and our new friends at the City of Joondalup for their support and open-mindedness.